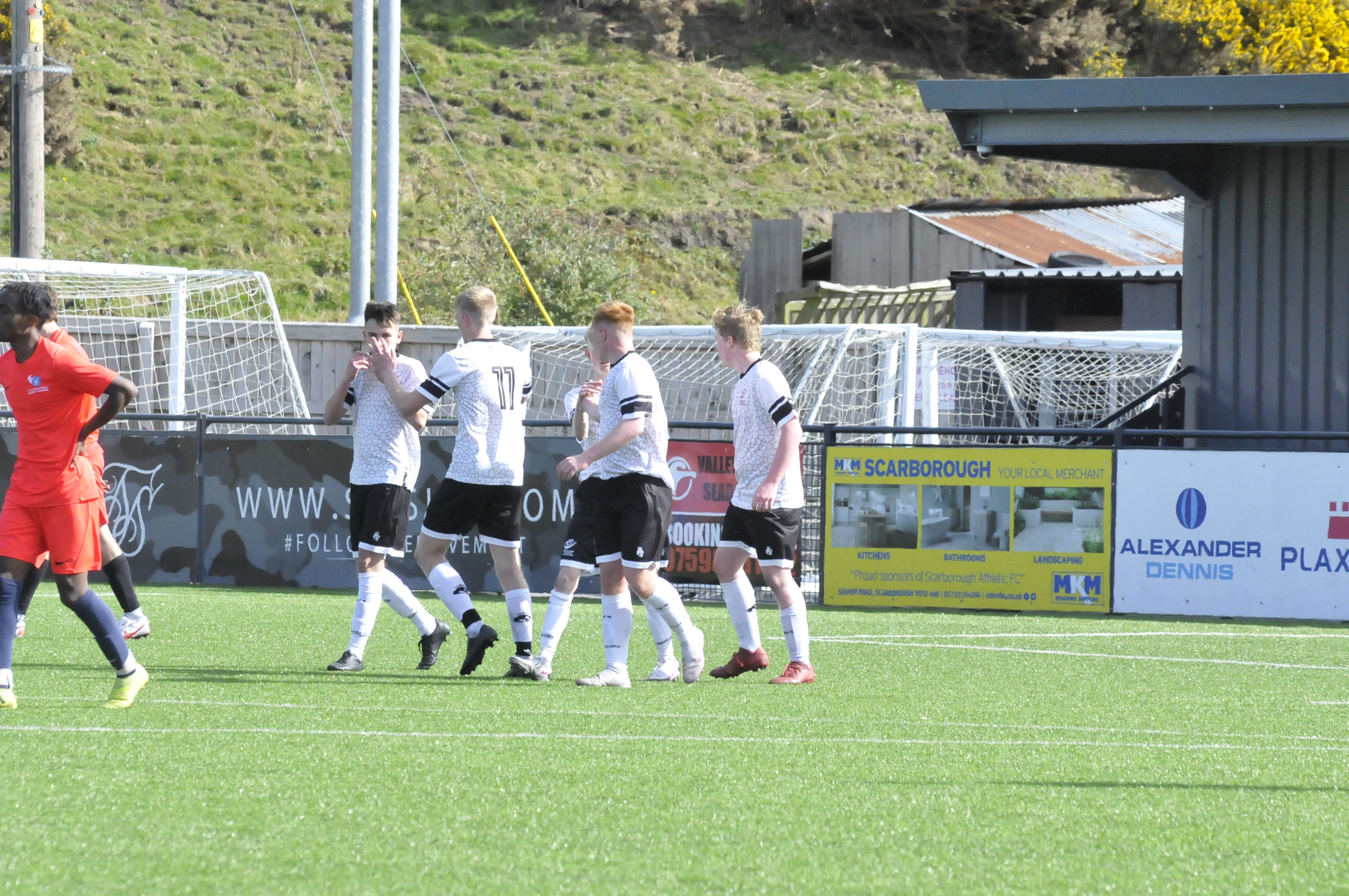 Having grabbed a 2-0 win against i2i Whites a week earlier, SFS maintained their form in the first half, marching to a 4-0 lead.

Ben Leeson drilled home a free-kick to give SFS a 1-0 advantage early in the game.

Keeper Cody Brook made a superb save to maintain the advantage, before international student Deon Dandrade nipped in to make it two.

Leeson picked up his second with another powerful finish and his third made the score 4-0 at the half-time oranges.

i2i then came charging back, as SFS began to crumble in the second half, with the York-based set-up hauling themselves level at 4-4.

SFS dug deep into their resources though and sub Josh Bagshaw pounced on a cross from Jay Smith-Colley in the very last minute to nick the win.

Josh Linsley was once again exceptional in the middle of the park for the SFS team.